Home About Us Advisory Team 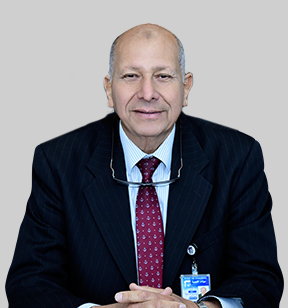 Captain Masoud joined the Port in April 1988 as a marine pilot and was appointed to the position of Harbour Master in October 1992. He takes responsibility for not only the Port of Fujairah but also the Dibba Sea Port and PoF Oil Terminal from January 2002 till August 2011. Capt Masoud was a founding member of the International Harbour Masters Association in 1992 and a council member from 2000-2014. He is also a member of the Nautical Institute, the Arab Institute of Navigation, the Society of Naval Architecture and Marine Engineers, Lloyd’s Register Middle East and Africa Technical Committee, and an adviser at the Emirates Classification Society and the DNV GL Middle East Technical Committee.

He registered as a Marine Expert in the Egyptian Insurance Supervisory Authority, Abu Dhabi and in GCC Arbitration Centers.

He was also a Member of Several National and Regional working groups in the field of Port Safety and Environmental Protection.

In 18th April 2021 he is appointed to the position of Marine Consultant.