Through the establishment of Fujairah Terminals, Abu Dhabi Ports was granted the rights to upgrade and improve the existing container handling infrastructure, in addition to provide services limited to Container, General Cargo, RoRo and Cruise Ships in the Port. 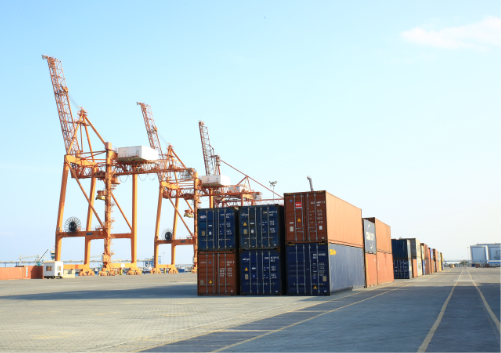 The agreement also included the deepening of berths to enable the Port to cater for larger vessels, in addition to its existing services to clients and companies from the Gulf region, Indian Ocean and Indian subcontinent.

Abu Dhabi Ports will also equip Fujairah Terminals with new and advanced equipment, such as STS post-Panamax quay cranes, RTGs, as well as new IT systems, bringing greater efficiency to operations that can meet the needs of global shipping companies and service operators, in line with the highest international standards.

The long term vision to pair the exponential success stories of Khalifa Port and Zayed Port in Abu Dhabi with that of Fujairah will be further strategically enhanced by the Etihad Rail connectivity in 2023.

Fujairah Terminals will serve as a hub for the entire Gulf region, the East-West shipping links, and an outlet for the Indian subcontinent, Red Sea and East African markets. The terminal capacity is expected to reach 720,000 TEUs and 1.3 million tonnes of general cargo by 2030.