Home About Us Management Team 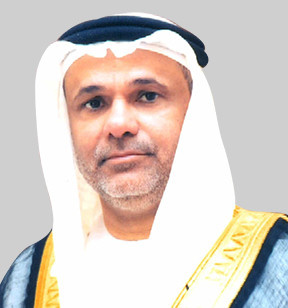 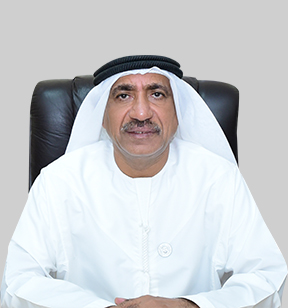 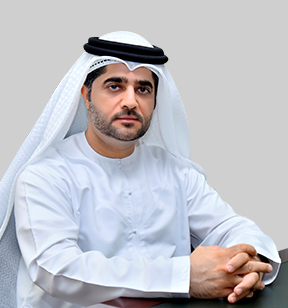 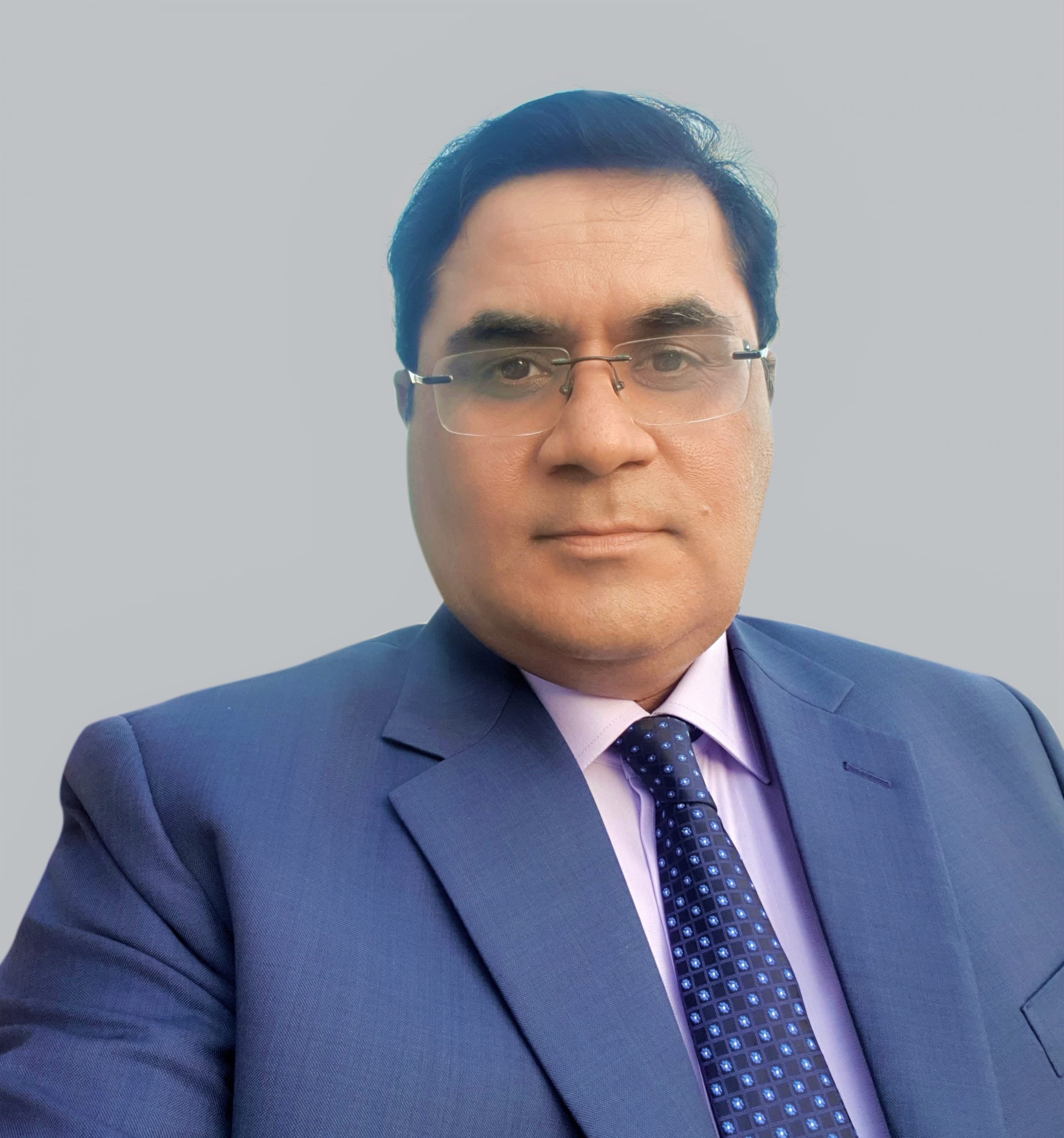 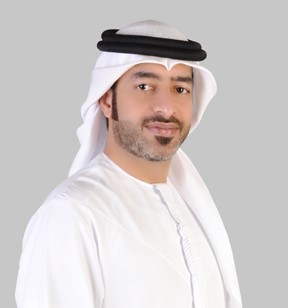 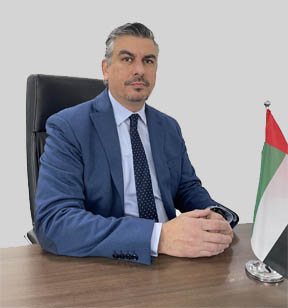 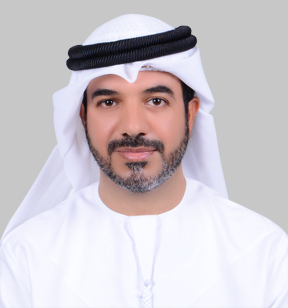 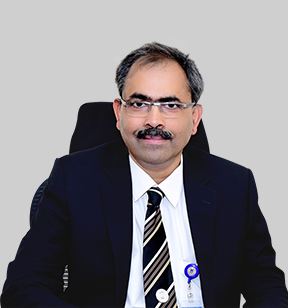 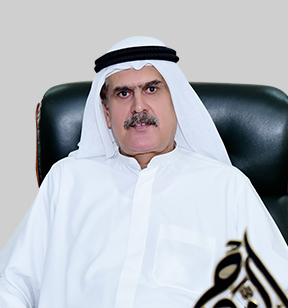 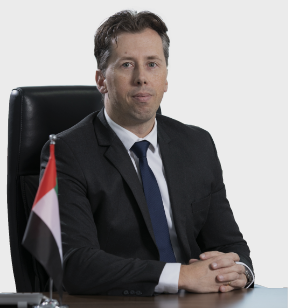 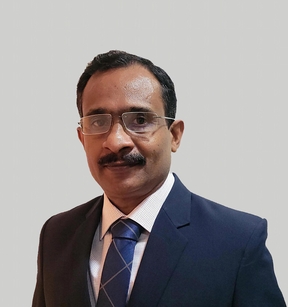 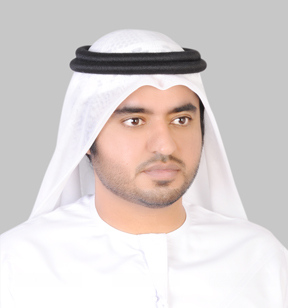 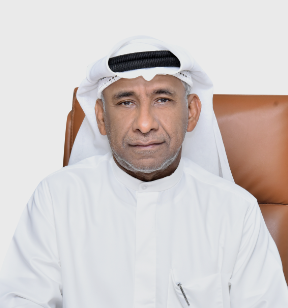 His Highness Sheikh Saleh Bin Mohammed Bin Hamad Al Sharqi, a member of the royal Al Sharqi family, rulers of the Emirate of Fujairah, is widely lauded as the driving force behind the strategic achievements and commercialisation of Fujairah. Since 1981, he has held various senior economic and industrial positions, including chairmanships at the Port of Fujairah, the Department of Industry and Economy, the Department of Customs, Fujairah Petroleum Company, Fujairah National Group, and Fujairah National Bank.

His Highness has also successfully supervised several significant economic projects, such as the Fujairah Free Zone Authority, Fujairah Civil Aviation Authority, Fujairah International Airport, Fujairah Building Industries, Fujairah Rockwool Factory, Emirates Ceramic Factory, and Fujairah Cement Industry, amongst others in the Emirate. He is an alumnus of the Royal Military Academy Sandhurst in London, from which he graduated in 1981.

Capt Murad joined the Port of Fujairah in 1981 as Assistant Harbour Master, and was promoted to Managing Director in 1995, a position he holds to date.

With more than 36 years of experience in maritime management and related activities, Capt Murad has continually maximised the Port’s strategic location, particularly its proximity to the Strait of Hormuz. During his tenure, the Port has seen substantial improvements to its berths, facilities and range of commercial activities.

Mr Ebraheim joined the Port of Fujairah in 1993 and currently holds the position of Deputy Managing Director. He is responsible for the management of the Port‘s day to day activities, while also actively contributing in setting overall business objectives and strategies.

Mr Ebraheim holds a Bachelor’s degree in Business Administration, a Master‘s degree in Professional Accounting and a Master’s degree in Applied Finance from Australia. He also acquired an Executive Development Diploma in General Management from the International Institute for Management Development (IMD), Switzerland.

Mr Ebraheim holds the position of Vice Chairman of Fujairah Building Industries PJSC listed at ADX and also serves as a Board Member of numerous government and private entities.

Mr Girish Joshi is a Commerce Graduate, Chartered Accountant (ICAI) and Certified Practising Accountant (Australia) with over 20 years of experience in diverse industries, including ports, steel, information technology, and consulting. He has proven expertise in the areas of project finance, working capital management, corporate finance and management accounts, mergers and acquisitions, audits, banking and treasury operations.

He joined the Port of Fujairah as Deputy CFO in 2018 and currently holds the position of Chief Financial Officer.

After a career in the Merchant Navy and a period ashore in Flag State and Port State Control at the National Transport Authority, Captain Alameeri joined Port of Fujairah as a marine pilot in 2012. He was appointed Assistant Harbour Master in 2013, taking up the position of Deputy Harbour Master in December 2014.

He is a member of the local emergency management team of the National Emergency, Crisis and Disasters Management Authority. He holds an MSc in Ship and Shipping Management from Southampton Solent University, UK.

Mr Manuel Pereira joined Port of Fujairah on August 2021 as Manager of Fujairah Oil Tanker Terminals, having more than 30 years of technical & management experience in the fields of Operations, Safety and Projects Management as well as CDI-T International Leader Auditor of Marine Terminals. Prior to his recent appointment at the Port of Fujairah, he spent more than 20 years on management positions and international assignments working for global companies like Royal Vopak and ENOC – HTL Terminals in America, Europe and Middle East Regions. Mr Manuel Pereira holds a degree in Chemist from Instituto Politecnico de Valencia and Project Management Certificate from PMI.

Captain Al Abdouli, a UAE national, was recruited by the Port in 2003 as a management trainee and spent the early part of his career combining overseas studies at the Australian Maritime College with sea service experience with UASC and NGSCO shipping companies. After graduating with a Master’s degree in Applied Nautical Sciences, he joined the ADNOC LNG Fleet where he worked his way up from a cadet seaman to master mariner. During his 14-year tenure at sea Capt Al Abdouli sailed on a variety of vessels, including container ships and, more predominately, LNG vessels. He joined the Port Of Fujairah in 2019 as Deputy Manager, FOTT.

Captain Azad is a merchant shipping expert with more than 18 years of experience as a professional mariner, specialising in oil tankers. He held positions at Wallem Ship Management, Red Sea Marine Service, and Dynacom Tankers Management, before joining the Port of Fujairah in 2006. Captain Azad contributed to the establishment of the Fujairah Oil Tanker Terminals and was promoted to Oil Terminal Operations Manager in 2010. He holds a degree in Nautical Science and Management.

Capt Alyammahi has over 12 years of experience sailing worldwide on a variety of ships (including LNG, container and bulk carrier ships) as well as duty as port captain on an LNG terminal. He joined Fujairah Port in 2014 as, first, Deputy Harbour Master in the Marine Department, and then currently holds the position of Operations Manager.

Capt Alyammahi holds a Master Mariner Licence (FG) and has an MSc in Port Management from Liverpool John Moores University in the UK.

Mr Nair is a qualified Mechanical Engineer and certified Portfolio (PfMP) and Project (PMP) Management professional. He has more than 29 years’ experience, both in port facilities and the oil and gas downstream sector, with 15 of those years in the Engineering Procurement and Construction (EPC) industry, a further nine in Engineering, Procurement and Construction Management as a consultant, and rest with the Port. Mr Nair’s roles such as projects manager and engineering manager have included multicultural environments and projects executed in India, Oman, Qatar, the United Arab Emirates, Malaysia, Singapore and Indonesia.

Mr Lao Lingat has more than 28 years of technical experience in the fields of engineering, project management and maintenance. Prior to his recent appointment at Maintenance and Procurement Manager at the Port of Fujairah, he spent 10 years as Maintenance Manager in Vopak Terminals, Singapore, where he was responsible for overall maintenance activities, operations support and the management of upgrading projects for an oil storage terminal. Mr Lao Lingat holds a degree in Electrical Engineering from the University of Santo Tomas, Philippines.

Engineer Alraeesi joined the Port of Fujairah in 2018 in the capacity of Deputy, Services and Procurement Manager. He is responsible for the management of the procurement activities of the Port and for continuously developing procurement strategies and plans that will ensure the delivery of optimal value for money to the Port’s many stakeholders.

Eng Alraeesi holds a Bachelor of Applied Science in Marine Engineering from the University of Tasmania, Australia, and a Class Two Certificate of Competency from the Australian Maritime Safety Authority (AMSA). He is also a member of the Chartered Institute of Procurement and Supply (CIPS), UK.

Before joining the Port of Fujairah in 1994, Mr Ahmed was a military soldier. During his long career at the Port he has risen to the current position of Manager of the Administration Department, in which he is responsible for all administrative tasks and issues at the Port. Mr Ahmed holds a Master’s degree in Criminal Laboratory as well as a BSc degree.

Mr Heijboer joined the Port of Fujairah in 2019, after gaining vast experience in various commercial and business development roles. These include multinational companies related to oil and gas, logistics and service. Prior to joining the Port he worked for nine years in Jakarta, Indonesia, for both McKinsey & Co and Royal Vopak. He holds a Master’s degree in Business Administration from the Erasmus University, Rotterdam.

Mrs. Nourah Alshara joined Port of Fujairah in 2004 and today she works as the Deputy Marketing Manager.

Mrs. Nourah Alshara holds a Master Degree of Science in Innovation and Change Management from Hamdan Bin Mohammed Smart University in Dubai. In addition, she holds a Bachelor Degree with Distinction of Applied Science in Information Management from Higher Colleges of Technologies in Dubai. She also acquired distinction certificate in a Change Management course; a training program organized by Department of Human Resources of Government of Fujairah.

He has got more than 20 years of rich experience in the Port domain in managing its Information Technology Systems which covers the implementation and maintenance of Port Operation Systems, Container Terminal Operating Systems, Port Community Systems, ERP Systems, Data Centre, Networking, IT Security, IT Systems Audit etc.

He has joined Port of Fujairah as IT Manager & Head of IT Department in September 2020 and responsible for meeting the IT requirements of the Port.

Having over 15 years of experience in shipping and maritime industry, joined the Port of Fujairah in 2012. Held various positions and responsibilities. Including, the position of Deputy Operations Manager from 2014 to 2021, in addition between the period From 2014 to 2017, Captain Alyammahi served as Port Facility Security Officer as well as a member of the local emergency response team of the National Emergency, Crisis and Disasters Management Authority, a harbour pilot between 2012 & 2013 and sailed as a marine officer on board the national gas carrier (NGSCO) in 2006 to 2011.

Captain Saeed holds an MSc degree in ships and shipping Management from Solent University in South Hampton, UK (2014) and a chief/Master combined – advance diploma in applied sciences from the Australian Maritime College in Tasmania .